There are painting that one can look at for hours without getting bored. Then, one imagines to stand in the middle of the painting and to get lost in the art between reality and illusion. That’s how a visit to the fishing island Burano feels like. Rarely have I seen such a location with such a harmonious setting.

It is no surprise that here are more tourists than locals as the buildings in all sorts of colors invite literally to daydreaming. It is an escape to another reality. As if a lost artist have had one night the idea to build this island according to his imagination. Everything is perfectly arranged, although the jarring house paintings appear overwheming in contrast to the rather peaceful village. 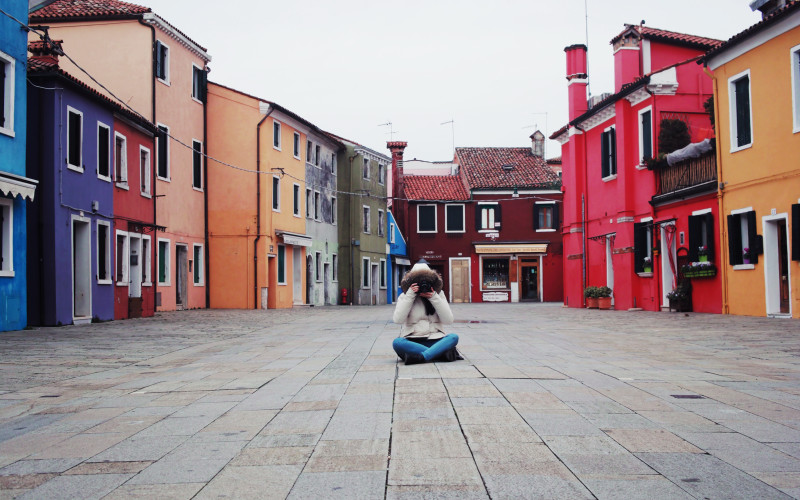 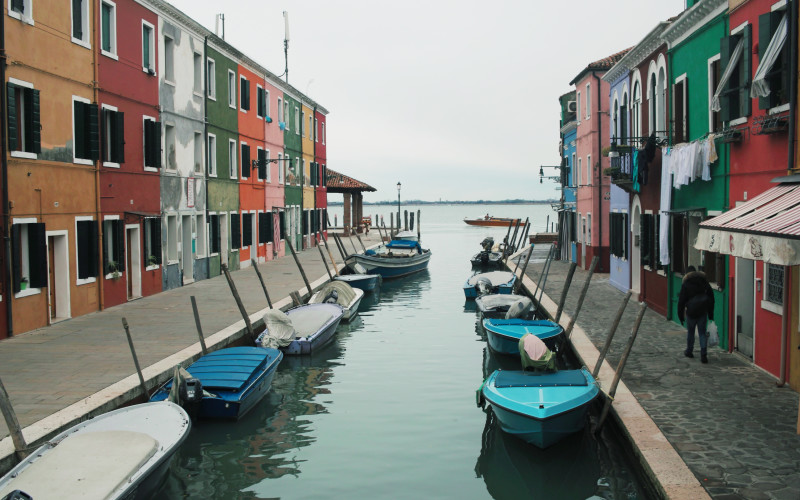 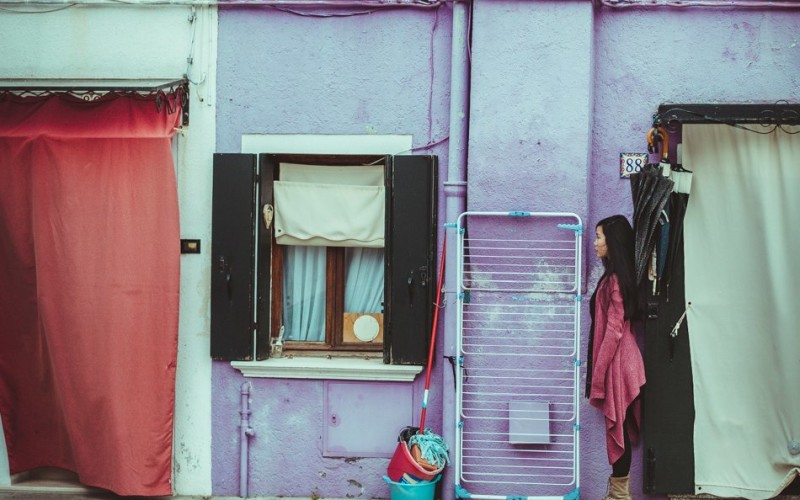 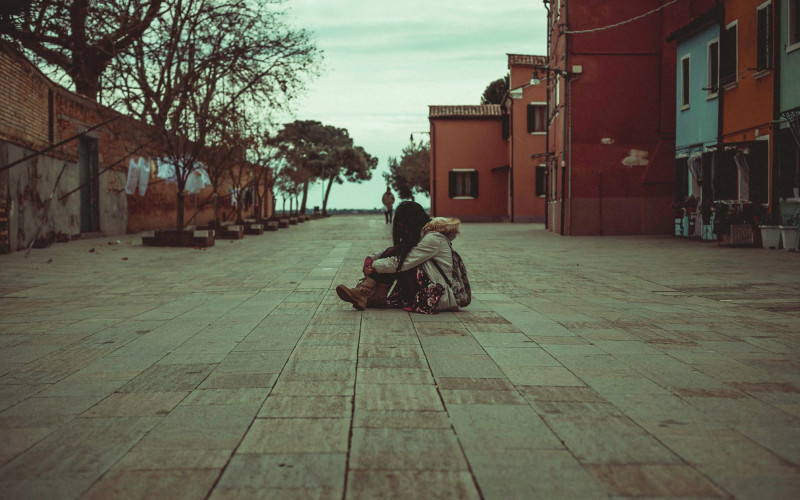 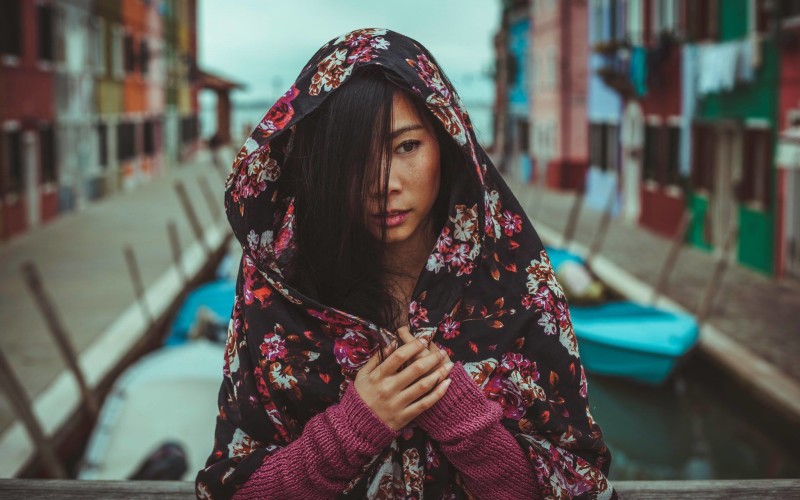 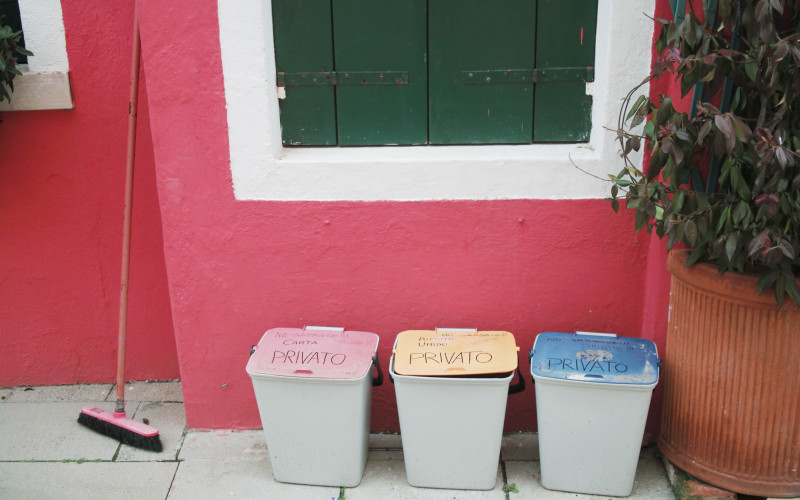 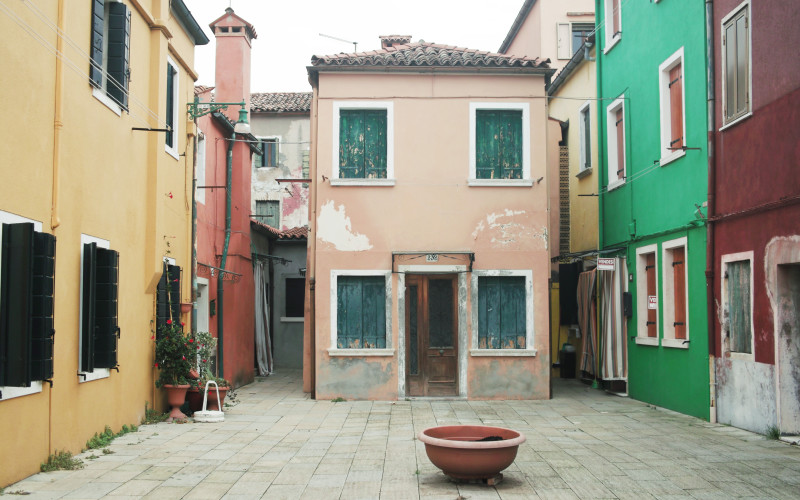 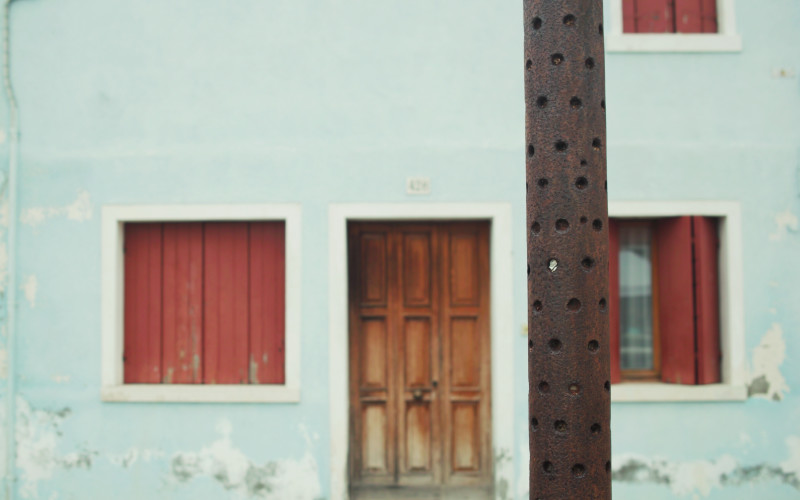 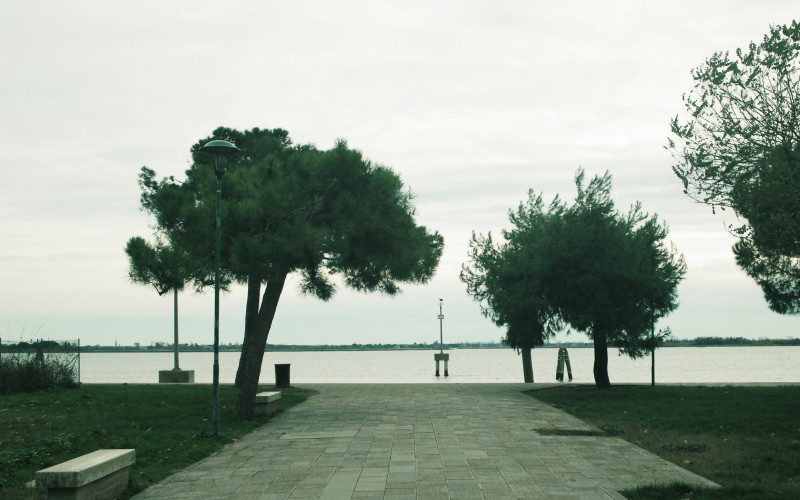 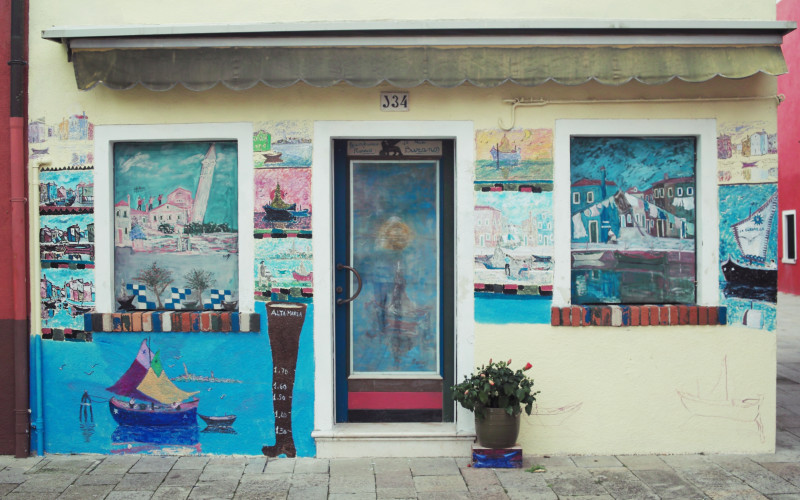 Between the colorful houses there are numerous little lace shops for which the island Burano is famous. During the 16th and 18th century, women of Burano still earned their money with handmade lace, while men rather made their living from fishing. According to legends, the colorful houses should serve the former fishermen a better orientation.

How do you get to the island Burano?

We took a watertaxi of the transport company ACTV from the main pier Fondamenta Nuove in Venice to the island Burano. A single ticket costs per person 7,50€ and is valid for 75 minutes. You can find detailled schedules on the ACTV Website.

The watertaxi line 1 is especially popular to get from Venice to the island Burano because it stops at many different piers, so that one gets a good overview of the surrounding islands. The drive takes about 45 minutes, but it’s definitely worth it. ;) The island Burano lies circa 7km from Venice.

Some other facts about the island Burano

I can only recommend to you a daily trip to Burano. Since the island Burano measures only 670x450m, one can see the whole island within a few hours [1]. Especially, if you want to escape the hectic in Venice for a while, Burano offers a quite touristic, but comparatively calm atmosphere.

Particularly, if you have a creative streak and love to look at houses, you will feel probably comfortable on the island Burano. On the middle of the island you can also visit the leaning church tower Chiesa di San Martino.

Otherwise, I would be careful when taking pictures of the houses. If in doubt, you should ask locals whether it is okay to take a picture of their houses. Sme locals react (understandably) allergic if one takes pictures of their houses and gardens without having asked before for their persmission.

On the whole, I give the island Burano 5 stars because it’s really worth-seeing! :)

Have you ever been in Venice? Which surrounding islands did you visit? I’m looking forward to your comment! :) 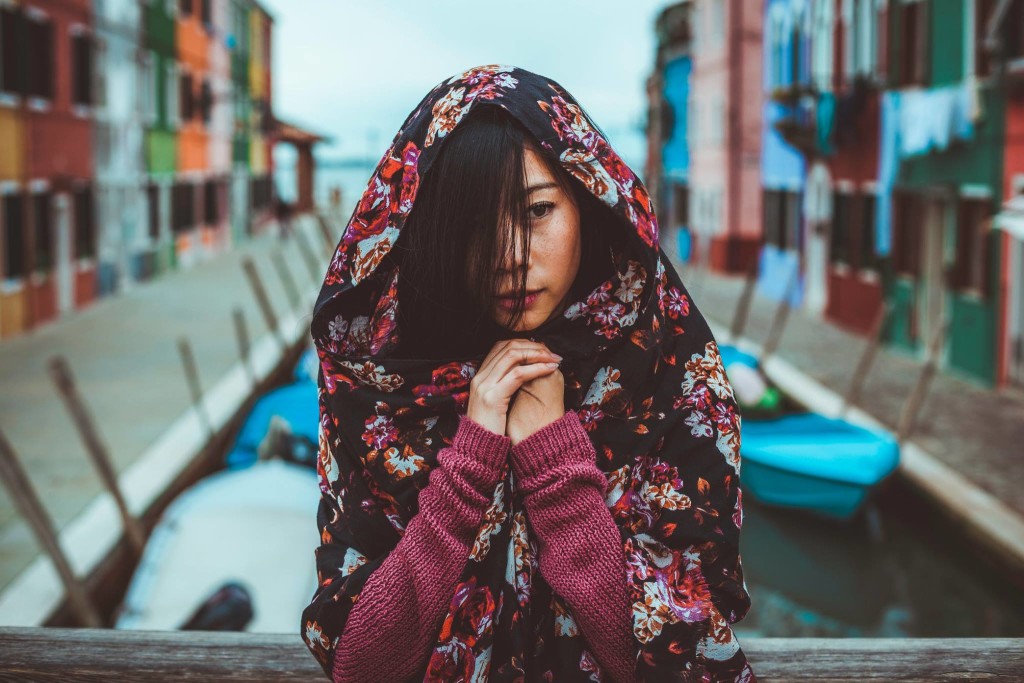 8 Tips to Discover a Foreign City On Your Own

8 Tips to Discover a Foreign City On...

I absolutely loved my trip to Burano when I visited Venice last August! So breathtakingly beautiful. I could stay there for hours just wandering around. I have a post of it on my blog as well, if you wish to see it! ^_^ x

I felt the same about Burano when I was there. Although the island is so small, it ‘s so easy to lose yourself there. I mean not physically, but mentally. There are so many lovely details to discover. Thank you, I’ll check out your post! :)

@2019 - All Right Reserved. Page created by PenciDesign and adjusted by Minna Tran.

28 exceptional facts that make Dahab in Egypt a special...